Does conflict make the world go ’round? No, according to The Stylistics (save a click: according to The Stylistics, people do). But conflict sure keeps things interesting, and it undoubtedly also keeps attorneys and their clients on their toes. In a recent decision,[note]Ham v. Portfolio Recovery Assocs., LLC, 2018 WL 6253294, ___ So. 3d ___ (Fla. 3d DCA 2018).[/note] Florida’s First District Court of Appeal has issued an opinion that stands in direct conflict with a fairly recent decision out of the Second District Court of Appeal, the latter of which I recently wrote about. The conflict between the two appellate decisions is interesting, considering the vast similarity of the facts underlying each of the cases.

If you haven’t read my earlier post, I’ll briefly summarize the facts of the case: A debt buyer purchased a consumer’s delinquent credit card account from an original credit card company. The debt buyer sued the consumer under a theory of account stated. The consumer prevailed (won), and thereafter sought an award of attorney’s fees and costs from the debt buyer, under a theory of reciprocal entitlement pursuant to a unilateral fee provision found within the original cardmember agreement and Florida Statutes § 57.105(7).[note]If a contract contains a provision allowing attorney’s fees to a party when he or she is required to take any action to enforce the contract, the court may also allow reasonable attorney’s fees to the other party when that party prevails in any action, whether as plaintiff or defendant, with respect to the contract.[/note]

Despite these strikingly similar facts, the two appellate courts arrived at drastically different conclusions. Again, to be clear, the consumers in each case prevailed on the merits of each case, meaning that the respective trial courts had ruled that the consumers were not liable for the debts. At issue in each of these cases was whether or not the prevailing consumers could recover their attorney’s fees from the plaintiff debt buyers. While the 2d DCA ruled in favor of the consumer, holding that the consumer was entitled to recover attorney’s fees, the 1st DCA went the other way, saying:

Although the debtors would not have credit card debt but for their contracts with the Bank, [the debt buyer] did not sue under the credit contracts. It instead proceeded under an account stated cause of action that was not dependent on a contract. Accordingly, “there is no contractual avenue for recovering attorney’s fees.”

The 1st DCA rejected the consumer’s argument that the cause of action and the underlying credit card agreement were “inextricably intertwined,” which would allow for attorney’s fees under the contract, an argument premised on a Florida Supreme Court opinion[note]Caufield v. Cantele, 837 So.2d 371, 378 (Fla. 2002).[/note] from 2002. Notably, in that case, the contract provided for mutuality of attorney’s fees, so § 57.105(7) was not at issue there.

So what the 1st DCA has done is it has created a brightline rule that is the plaintiff’s choice of remedy is king in this analysis. Essentially, if the plaintiff did not plead a cause of action premised on the existence of a contract (breach of contract), then a prevailing defendant cannot recover attorney’s fees under a contractual provision providing such, even if the debt being sued on originally arose from a contract. Compare this with the 2d DCA’s ruling, which allows for a prevailing defendant to peek behind the plaintiff’s cause of action, and allowing recovery under § 57.105(7) if there is a contract with an attorney’s fee provision. I do think that a plain reading of § 57.105(7) could reasonably support either argument, so it will be interesting to see what the Florida Supreme Court does with it when this issue arrives on its doorstep. The 1st DCA certified conflict with the 2d DCA’s ruling so this issue may be resolved after not too many more “go-rounds” of the world.

In a 2018 case, Florida’s Second District Court of Appeals has held that a consumer who successfully defended a lawsuit filed over a defaulted Amazon.com credit card debt may recover her attorney’s fees from the creditor who did the suing. After retaining an attorney and opposing the debt buyer’s allegations, the debt buyer chose to voluntarily dismiss its lawsuit. As the “prevailing party” in the action, the consumer sought an award of her attorney’s fees and costs from the debt buyer. The trial court denied this request and the consumer appealed.

In an earlier post, I touched on the American Rule, which is the general rule in litigation requiring all parties to bear their own attorney’s fees and costs. This rule applies unless a statute, procedural rule, or contract provides otherwise. In this case, the contractual exception to the American Rule existed, in that the cardmember agreement between the consumer and the creditor behind the Amazon.com credit card provided that the creditor could recover its attorney’s fees as part of its collection costs if it “ask[ed] an attorney who is not our salaried employee to collect your account.” Further, Florida has a statute[note]Florida Statutes § 57.105(7)[/note] that makes unilateral contractual provisions allowing one side to recover attorney’s fees (as it was here), reciprocal to both sides of the contract.

Thus, the consumer’s argument was that, because the contract provided that the creditor could recover its attorney’s fees, the statute made that contractual right reciprocal to the consumer. For a reason unclear from the opinion, the debt buyer sued the consumer under an “account stated” theory, rather than a “breach of contract” theory. It The trial court hung its hat on this distinction, determining that “an action for account stated is not an action for breach of the contract.” The 2d DCA held that it didn’t make a difference whether the cause of action is one of account stated or breach of contract and reversed the trial court’s denial of the consumer’s motion for fees. In its analysis, the appellate court cited two requirements for application of the reciprocity provision in section 57.105(7):

Why is this notable? Suing under a theory of account stated does not typically require there to be a written agreement between the parties. An account stated theory can be brought merely upon allegations that a debtor received an account statement and failed to object to the accounting therein. So, in the absence of a written instrument providing for attorney’s fees, a prevailing party suing under an account stated theory generally cannot recover attorney’s fees. In this case, the Second DCA held that, regardless of the plaintiff’s cause of action, if the suit is brought to collect amounts due under a written agreement and the defendant prevails, the contractual right to recover fees and the reciprocity provision of 57.105 should apply. 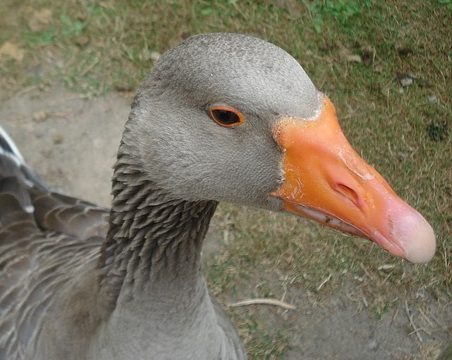 We’re all familiar with the notion that one can’t have something both ways, a notion that has been idiomized in a number of ways over the years:

Wait, say what? You’re not familiar with that fourth one? Well, you’re forgiven because it’s fairly recent, originating from a 2018 case[note]Torres v. Bank of New York for Certificate Holders CWABS, Inc. Asset Backed Certificates Series 2006-26, No. 4D17-1625, 2018 WL 4026038 (Fla. 4th DCA 2018).[/note] decided by Florida’s Fourth District Court of Appeals. In the referenced case, the 4th DCA had to decide whether a homeowner who successfully defended a foreclosure action was entitled to recover from the foreclosing bank his defense attorney’s fees and costs. At trial, the homeowner was successful in opposing the foreclosing lender’s attempt to introduce the promissory note into evidence. No note, no foreclosure, right? Well, sure, said the trial court, and the homeowner won the case. To the victor go the spoils, apparently, so the homeowner then sought to recover from the bank his attorney’s fees and costs, as well. When his request was denied, he appealed.

In America, our court systems follow the “American Rule,” requiring that all litigants in court pay for their own attorney’s fees and costs. The exception to this rule is that parties may recover fees and costs from the other side if a statute, rule, or contractual provision provide for such. The homeowner claimed entitlement to his fees and costs based upon the provision in the note and mortgage providing for same.

The 4th DCA said that this doesn’t fly; the homeowner could not recover his attorney’s fees and costs under the contract, when the contract never made it into evidence, because (recall) that the homeowner opposed its admittance.

Not a goose egg, however

Despite this, the 4th DCA did, however, hold that the homeowner was entitled to recover his costs; not because of the contractual provision, but because of a rule and a statute, specifically, Fla. R. Civ. P. 1.420(d)[note]“Costs in any action dismissed under this rule shall be assessed and judgment for costs entered in that action, once the action is concluded as to the party seeking taxation of costs.”[/note] and Florida Statutes, § 57.041(1)[note]”The party recovering judgment shall recover all his or her legal costs and charges which shall be included in the judgment ….”[/note].